MARK GREENING: Past, present and future. Interview with Mark Greening 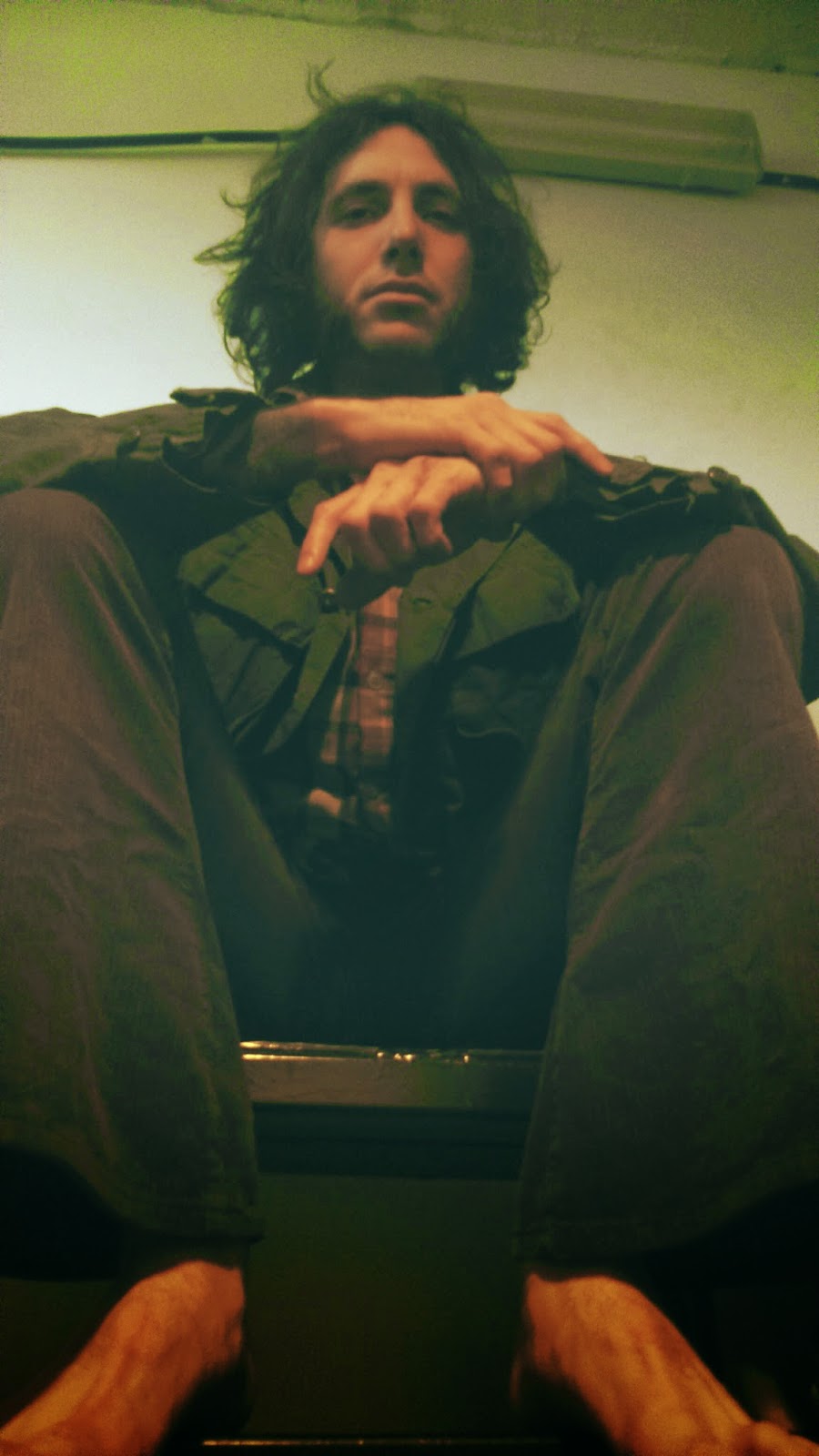 A very important artist for Stoner/Doom genre, reveals some curiosity about him and his new musical projects! Read out this great interview with Mark Greening conducted by Peter Dul and Mari Knox Knox.

Give us all the run down. You're a big name in the Stoner Metal/Doom Metal community. Some may even say legendary. Tell us who or what your biggest inspirations/influences are and what made you want to take up playing drums? Do you play any other instruments?
M - Drummers like Keith Moon, Ginger Baker & John Bonham. Drummers that stuck out rather than a lot of drummers around that time that just kept to the beat & weren’t very inspiring. I sang in a school band & the drummer would leave his kit in the shed where we rehearsed & one day I just thought I’d give it a go. It seemed like a good way to get aggression out. I can play a little bit of most instruments, just what I’ve picked up along the way. I’ve tried other instruments but always preferred the drums, although I like playing Hammond organ too.

Not a lot of musicians in Doom just start out with playing Doom right away. I myself come from a Grunge and Classic Rock background. Over the years I have found my home with Doom. Did you have a similar route or did you dive into it head first? What do you most like about the genre?
M - The band I played in at school was a retro heavy rock band. Tim & I were really into Black Sabbath & used to play covers for a bit of fun & ended up forming Doom Chapter with Justin, which later became Electric Wizard. I didn’t think of it as Doom, it was just the music I was playing. There wasn’t really many Doom bands around then, it wasn’t really a big thing then, we were just playing what we wanted to & got put into that category. I’ve never really thought about what I like about the genre, I’ve never really listened to that much Doom, I just played what I like playing.

You also have a very simple yet unique monstrousity of a drum kit/setup. Those cymbols are huge! Like miniature UFOs lol! What led you to go so big? And if you wouldn't mind what is your exact setup? Any favorite or preferred drums or drum equipment companies you like? (sticks, cymbols, hardware etc)
M - I just like having big drums & big cymbals – they’re more powerful & 30” cymbals are louder & more powerful. The kit’s a Yamaha Stage custom, with a 24” bass drum, a 14” rack tom & 16” floor tom & Mike Bordin signature snare drum. 2 x 30” rides, 18” high hats, 22” china cymbal. A lot of people say that Yamaha aren’t a very retro make but the quality of the drums are more hard-wearing than others I’ve tried.

There are some rumors floating about that you have joined forces with your previous band mate and long time friend Tim Bagshaw as well as former Napalm Death/Cathedral vocalist Lee Dorian on a new project. Is this true or just wishful thinking on the fans end? If so can you give the fans some insight about it?
M - I can say that I’ve formed a new band with Tim, we’re currently recording an album which sounds huge! I think it’s going to be the best band & album I’ve ever done & I think a few people’s jaws will hit the floor.

Are there any bands out there right now that you're a fan of and or that are catching your attention? Lots of new and upcoming acts have been hitting the scene pretty hard with some insane heavyness and brutality. A lot of them heavily influenced by your past bands Electric Wizard and Ramesses. Have you any favorites?
M - No. There’s loads of bands around at the moment & it’s hard to keep track of them these days. I personally don’t listen to that much new music anymore. It’s not that these new bands aren’t worth a listen, I just don’t really get to listen to music as much & when I do, I seem to be stuck in the past. I probably should try to branch out & have a listen but just never seem to find the time.

To follow up that last question. Any new or old bands you would like to and or would be interested in touring with in the future?
M - No, I haven’t really thought about it.

When it comes to writing and playing do you have any special techniques you use for getting the creative juices flowing? Or does the thunderous machine we all know as Mark Greening just happen naturally?
M - Depends on the musicians I play with. It usually starts with a lot jamming & whether it’s good or not. If it doesn’t feel or sound right, it’s just not going to go anywhere.

Lots of fans would like to know. Looking back what so far has been your most revered record you have been involved with. Do you have a favorite song of yours?
M - No, I don’t really listen to my own music, apart from when I’m playing it live. I think I’ll be very proud of this new record that I’m doing. I haven't even heard  Time to Die yet - they still haven't paid me for writing & recording the album or even given me a copy of it.

Being in two of the most well known Doom Metal bands there has been lots of controversy and good stories being passed around over the years. Be it things that went on at shows or just things that happened on your own time. Any good memories or funny stories you would like to share?
M - We had a lot of good times & some bad times, unfortunately I don’t remember a lot of them.

As it's not not a secret you're a film aficionado, mainly digging the horror genre, would you like to tell us a lil bit about when this passion was born and how it developed during the years? Italy and England were both fundamental and appreciated worldwide in the early/mid years of the genre, why in your opinion we have not succeeded in perpetuating those glorious years?
M - I got into horror films at an early age. I liked being scared & think it’s a dark world that takes you to places that you don’t get go. I think there have been some really good new horror movies, they mainly seem to be American but there have been a few good British films.

I know you also have a peculiar devotion for The Exorcist flick at the point that you also have collected some memorabilia during the years, when u saw it for the first time, which kind of reaction did u have? Was it love at first sight or was it something that grew inside of you day by day? Which is the relic you are most proud of?
M - I had a massive build-up before I actually watched the Exorcist for the first because it was always on tv shows about horror films, there was also a lot of controversy surrounding it, as well as a lot of myths & stories happening to the cast & crew during & after the making of it. When I eventually did see it, I was probably 11 or 12, I remember being a bit disappointed by it but then it stuck in my head & after watching it a 2nd time when I was a bit older, I really appreciated the nastiness of it & how unique it was, especially at the time. It had a massive impact on the horror genre & it’s been one of my favourite horror films of all time, to this day. I’m a big collector of Ouija boards & have one of the same boards that was brought out in the early 70’s, around the same time that the Exorcist was filmed. I have a few life-size replicas of Regan & various figurines. I’ve also got a few pieces of stone from the stairs in Georgetown, Washingston D.C., that are featured in the film.

Any words of wisdom for up and coming bands? Someone with as much time and awesome records under your belt must have a few "tips and tricks" for the new guys starting out.
M - Keep trying, keep doing what you want to do & if you’re heart’s in it & if you want it enough, you will get somewhere.

What can we expect from you in the future?
An amazing album & new band, that I’m happy to be a part of.

Thanks for taking the time out of your day to answer these questions cannot wait to see what's in store for us all. Take care and all the best man!

HEAVY IN THE BOX (November/December 2020) 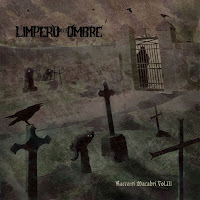