Today we’re moving to the other side of the Ocean to meet a band coming from North Carolina, precisely from Chapel Hill. Trephine is their debut album and will be available in CD stores all around Europe via Devouter Records UK.
Scott Endres (guitar, vox), Spencer Lee (bass guitar, vox) and Matthew Stevenson (drums) put together a really well done concept album, where doom, psych and drone wonderfully mix, giving as a result a crossroad between Isis and Earth, which goes from very hard moments to trippy ones: our mind travels with no rest in a totally obscure world, where it is a pleasure to get lost into and we probably wouldn’t like get back from.


This album opens with Ancient Tongues, which highlights the atmospheres that will be met while listening, that is growl vocals, really powerful and rubbing, a guitar that reveals itself to be both heavy and wonderfully dark.
We barely manage to realize our state of mind and spirit at this point of the record, because we’re taken into rage and peace, perfectly performed in And Time Come Undone and in Valhalla. You will never find a plate voice, which shows its majesty when singing clean, as in Surrounded By Silent Lies, closing this praisable track and opening the next Rotting Palace.
The doomest moment of the album reaches us with Scorched Sky, where our heartbeats get constantly slower, to the point of stopping, until Into The Falling Gray starts giving us the most interesting and lysergic track of the whole album. Imagine the fog hovering over an obscure lake in the midst of the night surround you and then get awake laying in the hospital, ready for lobotomy…
Really, a band to keep an eye on and a record that you will surely enjoy!  Doom on!


MAKE - INTO THE FALLING GRAY 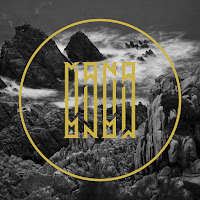